Well, I already talked about a possible 68040 version of some Warp3D libraries, but now it's clear that there will be no...

For those who were following my old and still closed blog, I finally found what was messing on my 040 => 060 adapter : It works now ! I've made two nice howlers, not proud  of this one Cosmos... Bouh...

Meanwhile, a friend of Mozart the original author, Matze has made available a new version with some changes and improvements like some thicker tracks (available here). So I ordered new PCBs which already arrived some time ago : 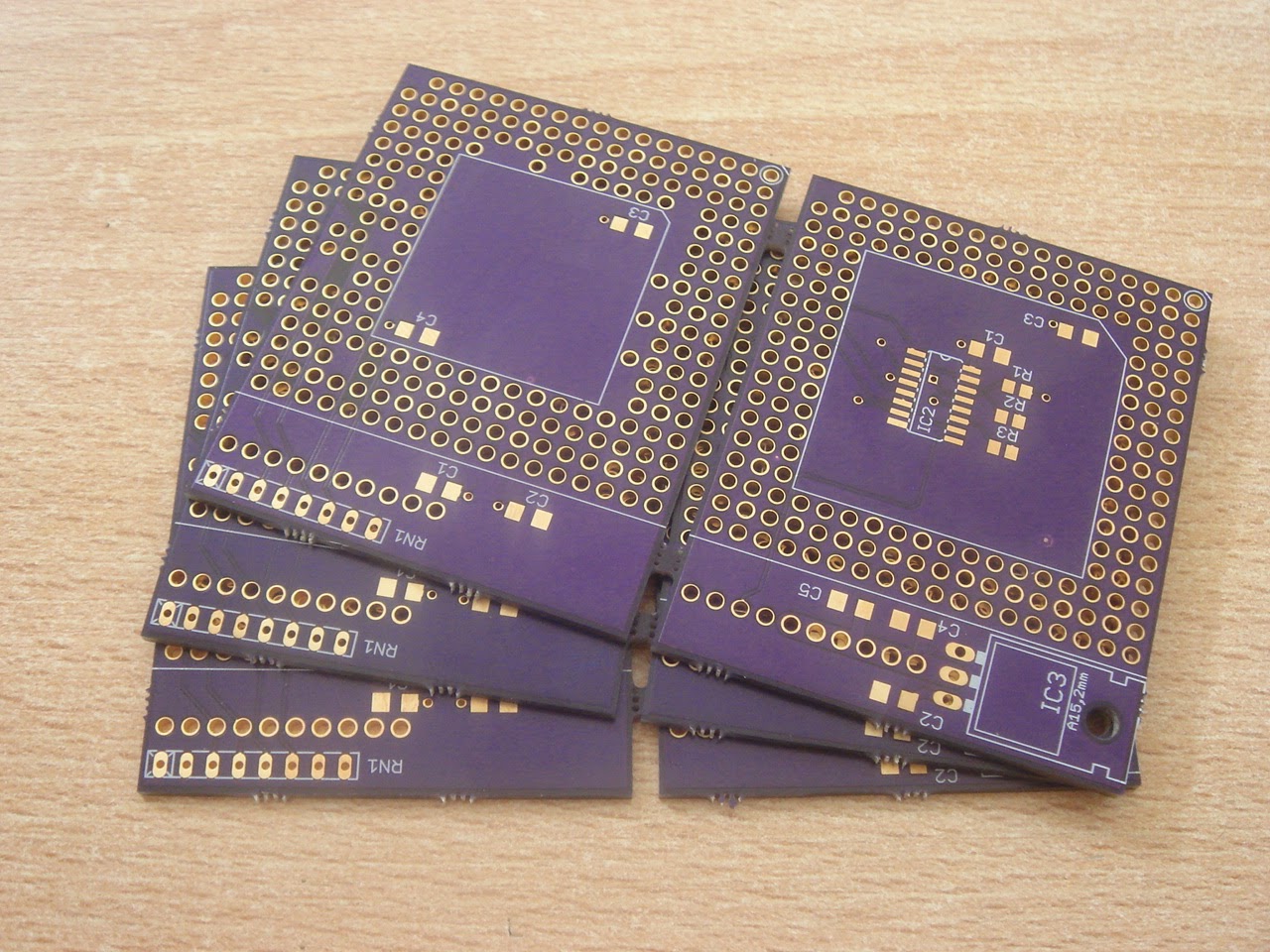 A small reminder of only 040 cards this adapter will allow to change :

Matze reversed the position of the small extension for the controller and a few components : 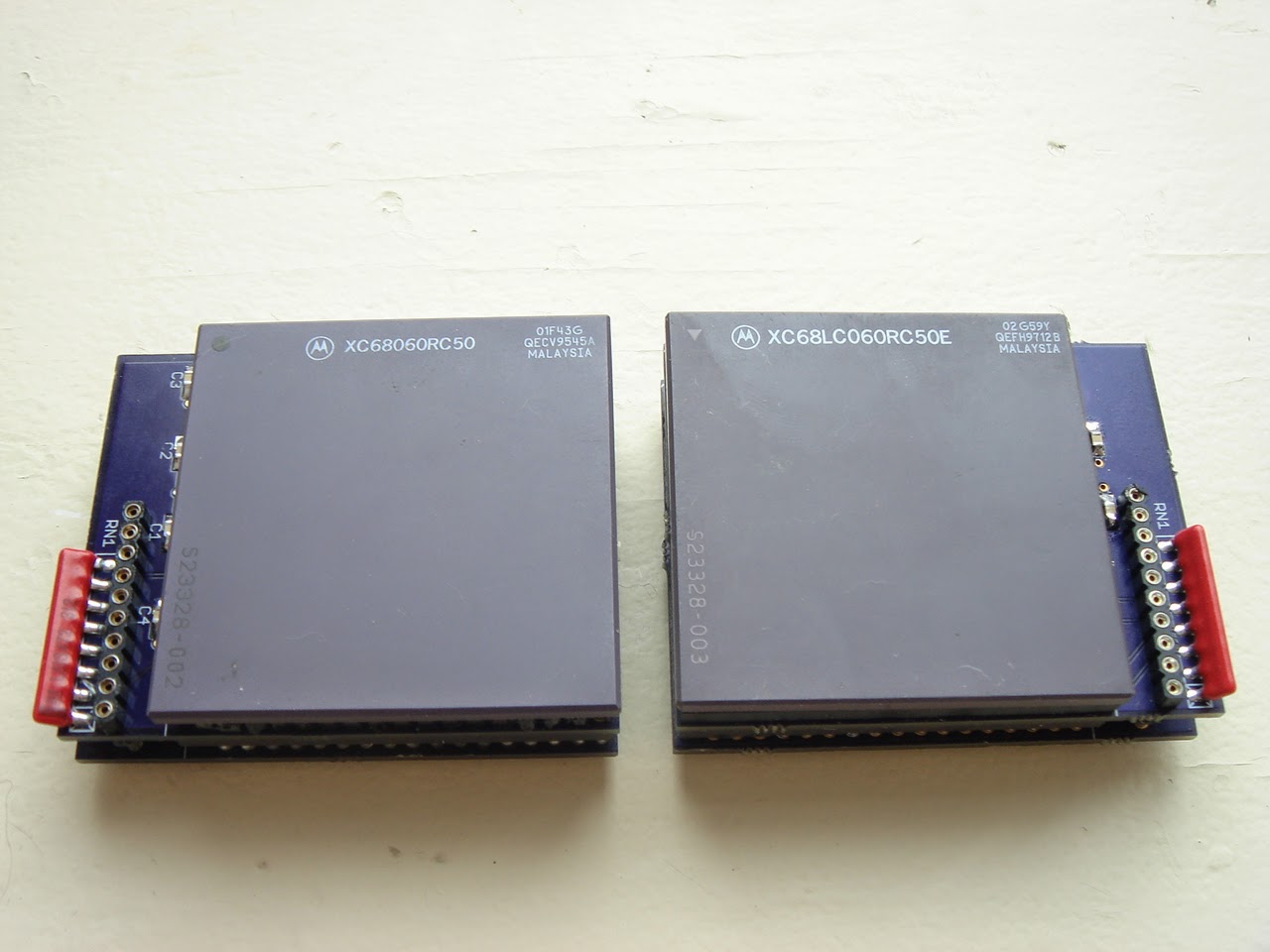 On the other side I have now other problems with my A4000T : my 68040 WarpEngine doesn't start with it... With this adapter and a 060, sometimes it boot, but not every time... Some people think this could be a conflict between IDE/SCSI...

I also burned my A4000D which doesn't want to hear anything : by testing my CyberStormPPC from DCE, the one with corroded holes which I was talking in a previous article... Even with the Logica diagnosis roms there is nothing on screen... this is not a goog sign... What a bad luck...

If you have an A3640 into an A3000D, it's fully possible to add a small fan like this without any desktop case modification : 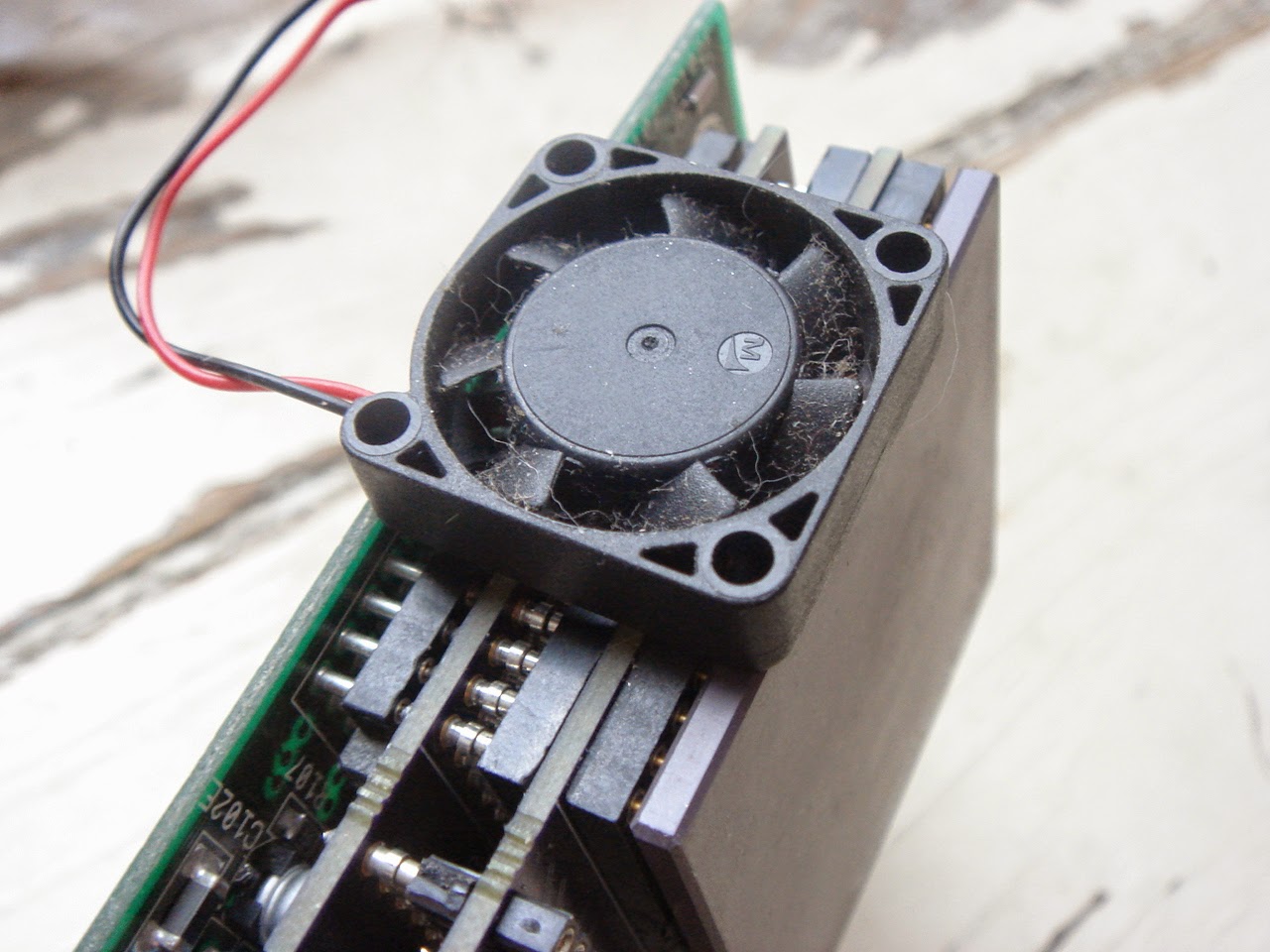